A young Indian cricketer Ishan Kishan played an inspired inning against England in 2nd T20 and teamIndia won a match with 7 wickets.

In international cricket every debuted player gets nervous but this young man didn’t seem to be nervous and he made the opponent nervous with his smashing shots.

Ishan Kishan is a wicket-keeper left-hander batsmen and he was named as a captain in the Indian squad for the 2016 under 19 cricket world cup.

His blockbuster inning includes 5 fours and 4 six’s with a strike rate of 175.

We hope in the coming future we will get more blockbuster innings from Ishan Kishan a young Indian cricketer.

“My Coach’s Dad passed away a few days back and he always said that you have to go out and score and I want to dedicate this award to him”. — Ishan Kishan. 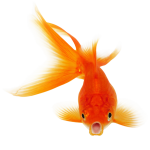